The official launch of Terminal A is just the latest step in the successive modernization process underway at Luxembourg Airport. Passengers arrive at and depart from a spacious, modern and bright new terminal area.

Along with the new eGates, new recreation and duty-free areas and a modern passenger bridge connecting both terminals all combine to make Luxembourg Airport ready to handle the growing number of passengers – from 3.02 million in 2016 to 3.6 million in 2017. Approximately 20% of these travelers now pass through the new automated border control in the Non-Schengen area in Terminal A. 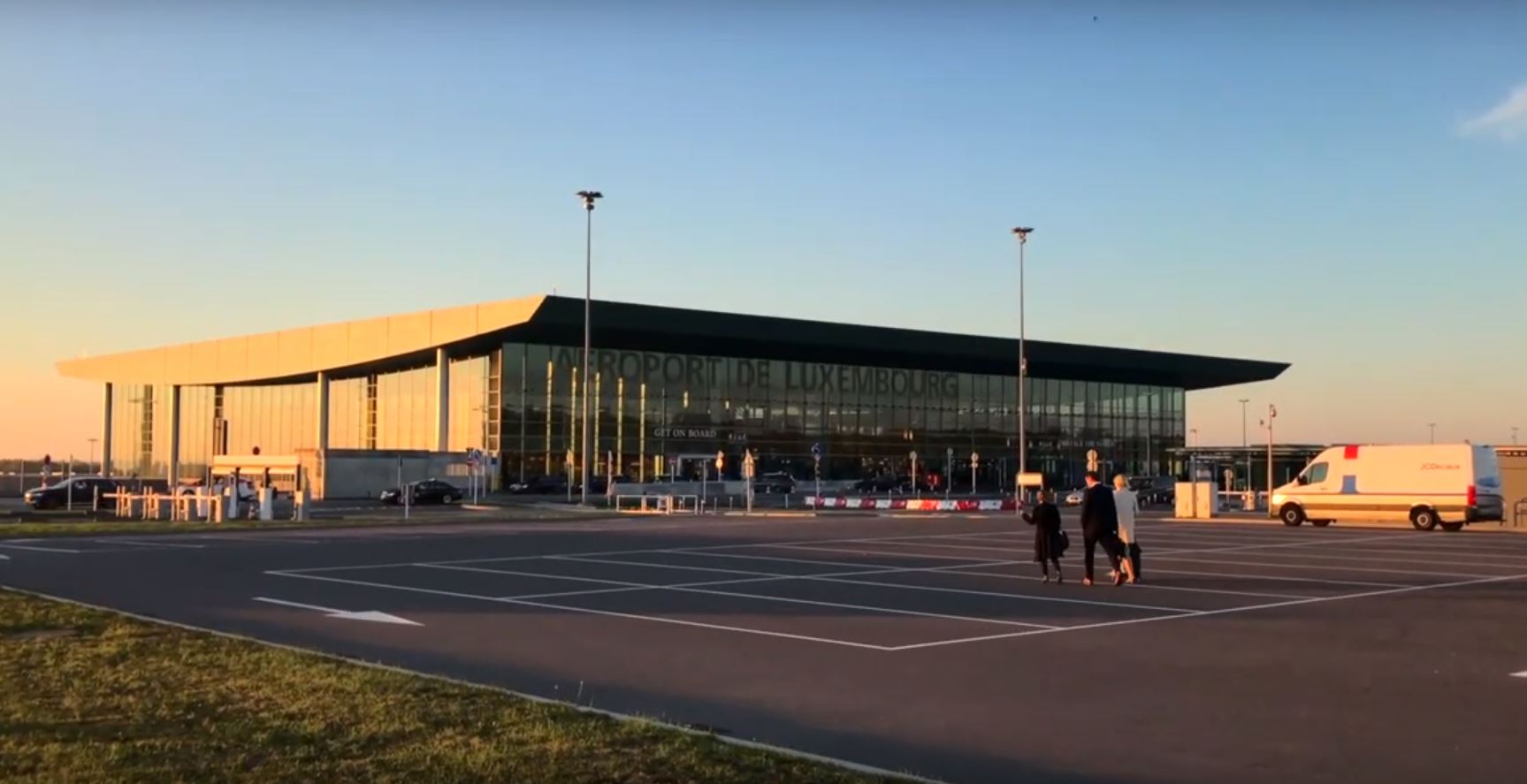 A small country of great importance with a big heart

They say that first impressions count. So touching down in this small, yet colorful country in the heart of Europe has become even more pleasant. Despite having only 590,000 inhabitants, Luxembourg has enormous political and economic significance. The Grand Duchy is one of Europe’s leading finance centers and is home to numerous international organizations, including the European Court of Justice.

Consequently, Luxembourg is a true cosmopolitan place where people from more than 170 nations live and work. By the way, as it is a melting pot of business, culture, art, gastronomy and leisure, the capital is also listed among the 10 most relaxed cities in the world.

Although many of the 3.6 million passengers were still business people in 2017 – more and more tourists are meanwhile being attracted not only by the skyline of the financial district, but also the impressive Vianden Castle, quaint vineyards and the placid Old Town along the Alzette River.

Contemporary, fast and safe travel – just like the country itself

The re-design and modernization of the border control gates were a crucial factor for remaining a modern and safe airport in Luxembourg. The Veridos eGate architecture ensures fast handling and hassle-free processing for both the ground crew and the passengers – now at a total of nine immigration and eight emigration border control lanes.

Less than a year after the contract was signed, the Site Acceptance Test (SAT) was successfully passed by the airport’s Veridos eGates. After extensive testing during a four-week rollout phase, hardware and software are now working together stably to speed up immigration and emigration processes at the Non-Schengen area of the airport.

With its colorful design and intuitive animation, the system is designed to attract the attention of the traveler immediately. At best, the complete border control procedure can take less than 14 seconds! Improving passenger flows and service while keeping safe borders was the joint goal of establishing the new eGates. Passengers traveling both to and from Non-Schengen countries will benefit, as passport control in this area is much faster for all frequent flyers and holiday travelers.

The entire system is designed to serve as a blueprint for other eGate projects. The infrastructure and design are easily adaptable and reusable can be installed in line with the needs of future customers. 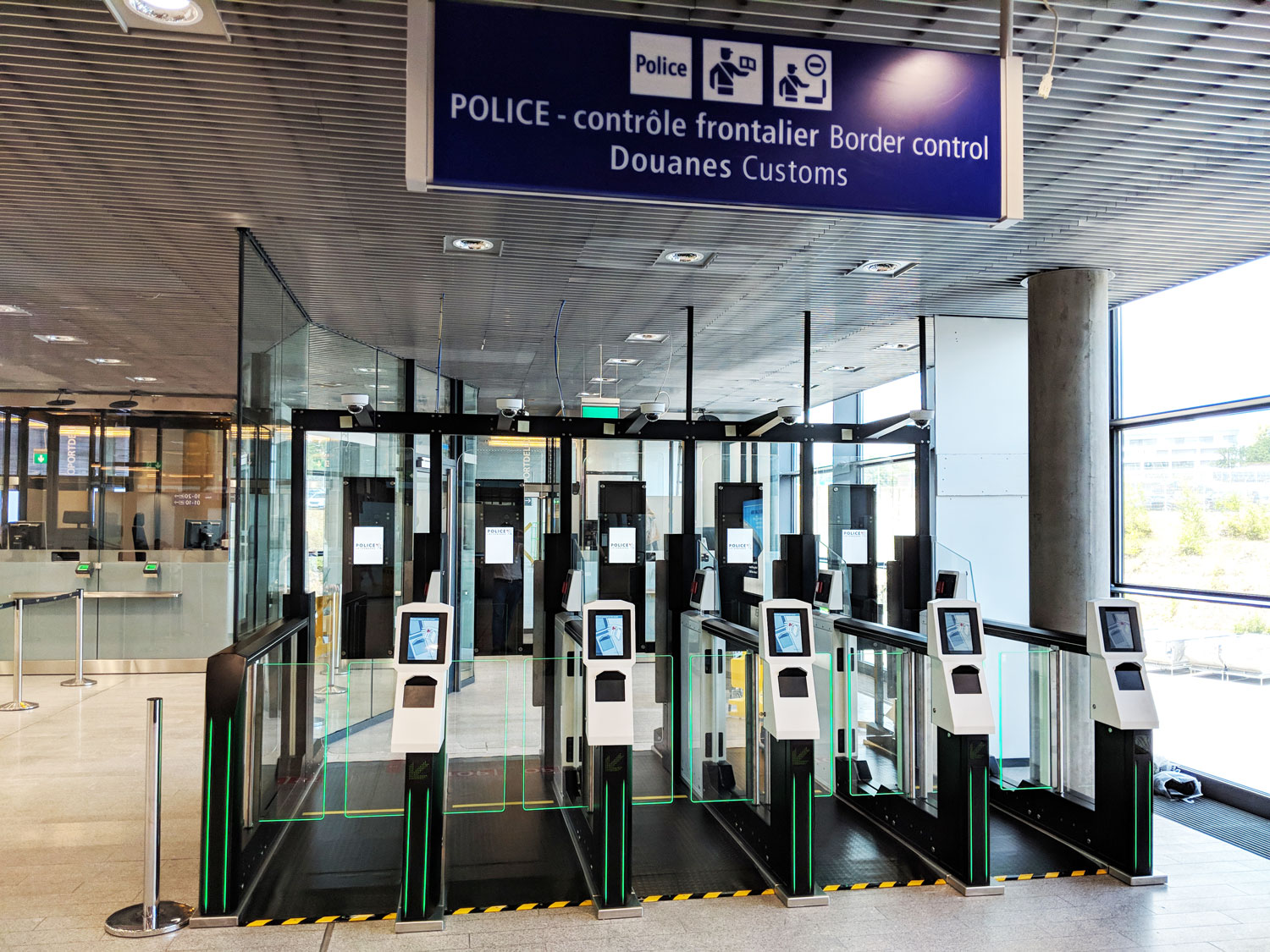 On July 26, Veridos was joined by representatives of the Luxembourg police force, relevant ministers and Société de l’Aéroport de Luxembourg SA to celebrate the official opening of the eGates at the Luxembourg Airport. Guests at the ceremony included René Steinhaus (CEO ad Intérim lux-Airport), Tom Weisgerber (Chairman of the Board of Directors at lux-Airport), Francois Bausch (Minister for Sustainable Development and Infrastructure), Etienne Schneider (Deputy Prime Minister and Minister of the Economy and Internal Security) and Philippe Schrantz (Directeur Général Police Luxembourg).

The inauguration was quite a success, and the newly-installed Veridos eGates will improve passenger flows through faster border control processes, additionally ensuring an enhanced, yet transparent security standard at the airport.

“Our border officials have been using VISOTEC® devices to verify identity documents in real-time for over a decade, making the introduction of eGates the next logical step on the road to creating the safest and most innovative border control system possible,” said Germain Schmit, Project Manager for the ABC gates of the Luxembourg Police. 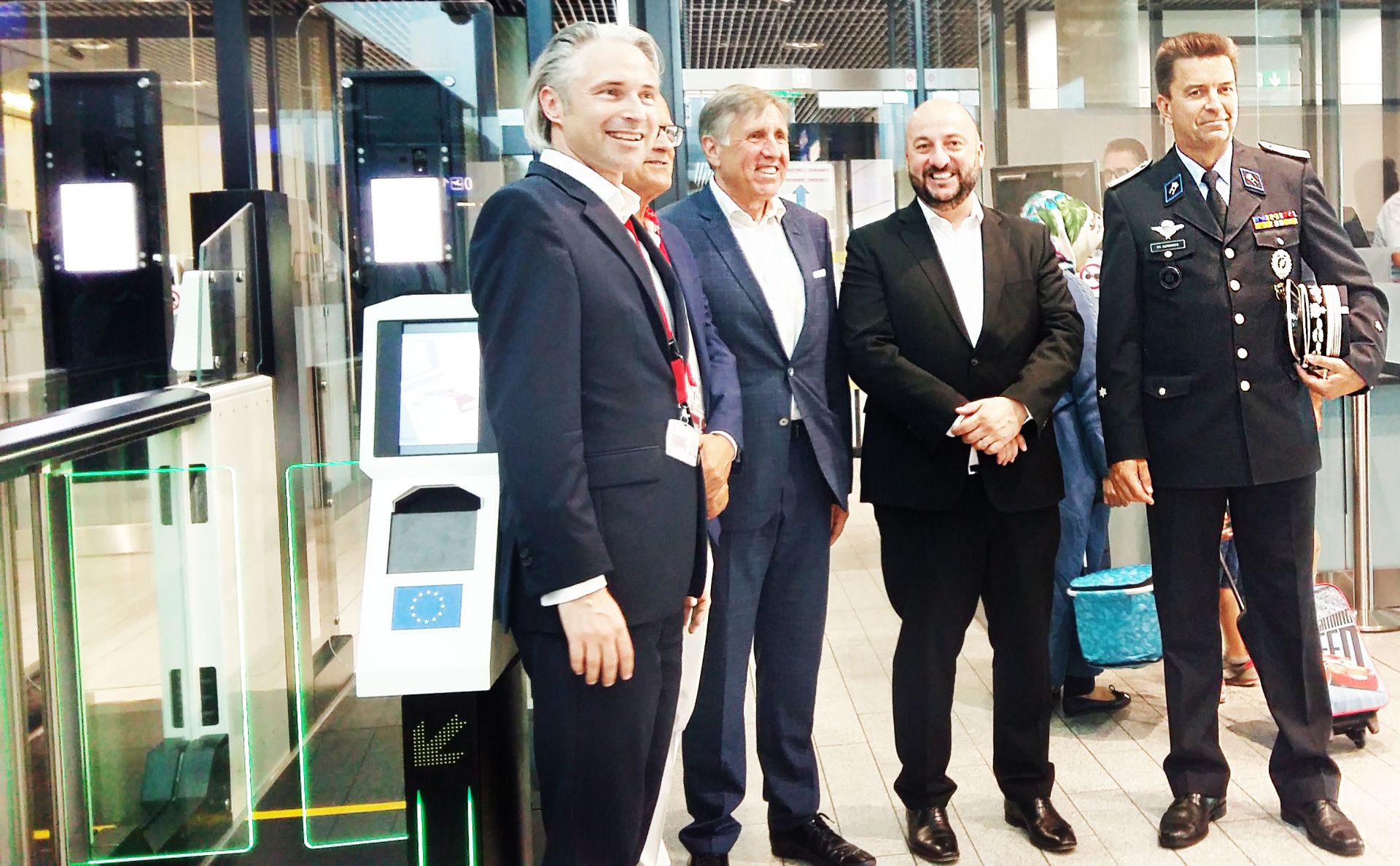