Excellence and innovation should be rewarded, whenever possible. Which is why Uganda’s digital driver’s license was announced the winner of the best new ID or travel document category at the High Security Printing (HSP) EMEA awards in June 2022.

The new Ugandan driver’s license scooped the award in recognition of “outstanding achievement and technical sophistication of a personal identification or travel document program”. The awards aim to promote the best in system infrastructure and implementation of a government passport, identity, or other secure identification scheme.

The digital license solution was developed by the Ugandan government in conjunction with Veridos. It’s a product of Uganda Security Printing Company (USPC), a joint venture between Veridos and the state-owned Uganda Printing and Publishing Corporation (UPPC), working in cooperation with the Ministry of Works and Transport of Uganda. In 2018, Veridos and Uganda’s government entered a 15-year deal to establish a printing facility for digital identity documents. The partners work together to produce and issue world-class computerized driver’s licenses and secure biometric passports.

State-of-the-art security features eliminate any uncertainties about the document being original, still valid and without needing further endorsements. This helps to reduce the number of unqualified drivers who put people’s lives at risk on the roads.

What’s more, the new system has reduced waiting time for a new license to under an hour.

The new driver’s license incorporates many features that are a major improvement on its predecessor. For a start, the old license’s PVC material wasn’t robust, making it easy to forge. Secure authentication wasn’t possible, and it was difficult to enforce authorized issuers. There wasn’t a centralized database to easily manage the issuing of driver’s licenses or where traffic police officers could check whether the license was original, valid, and minus endorsements or outstanding fines. In other words, the card lacked credible security features.

With the old card, renewal slips were glued inside the logbook. This made it possible for drivers with the same names to swap slips. Furthermore, the cards weren’t fully aligned to ISO standards.

In contrast, Uganda’s Driver’s License is ISO compliant, with an Issuer Identification Number (IIN), which clearly identifies the country’s Issuing Authority. Made from polycarbonate designed by Veridos, these features have made Uganda the first country in the Common Markets for Eastern and Southern Africa (COMESA), Southern African Development Community (SADC) and East Africa to have an ISO compliant driver’s license in accordance with the Tripartite Transport & Transit Facilitation Programme - TTTFP.

All in all, the enhanced security features add up to make the driver’s license a winner in every respect. 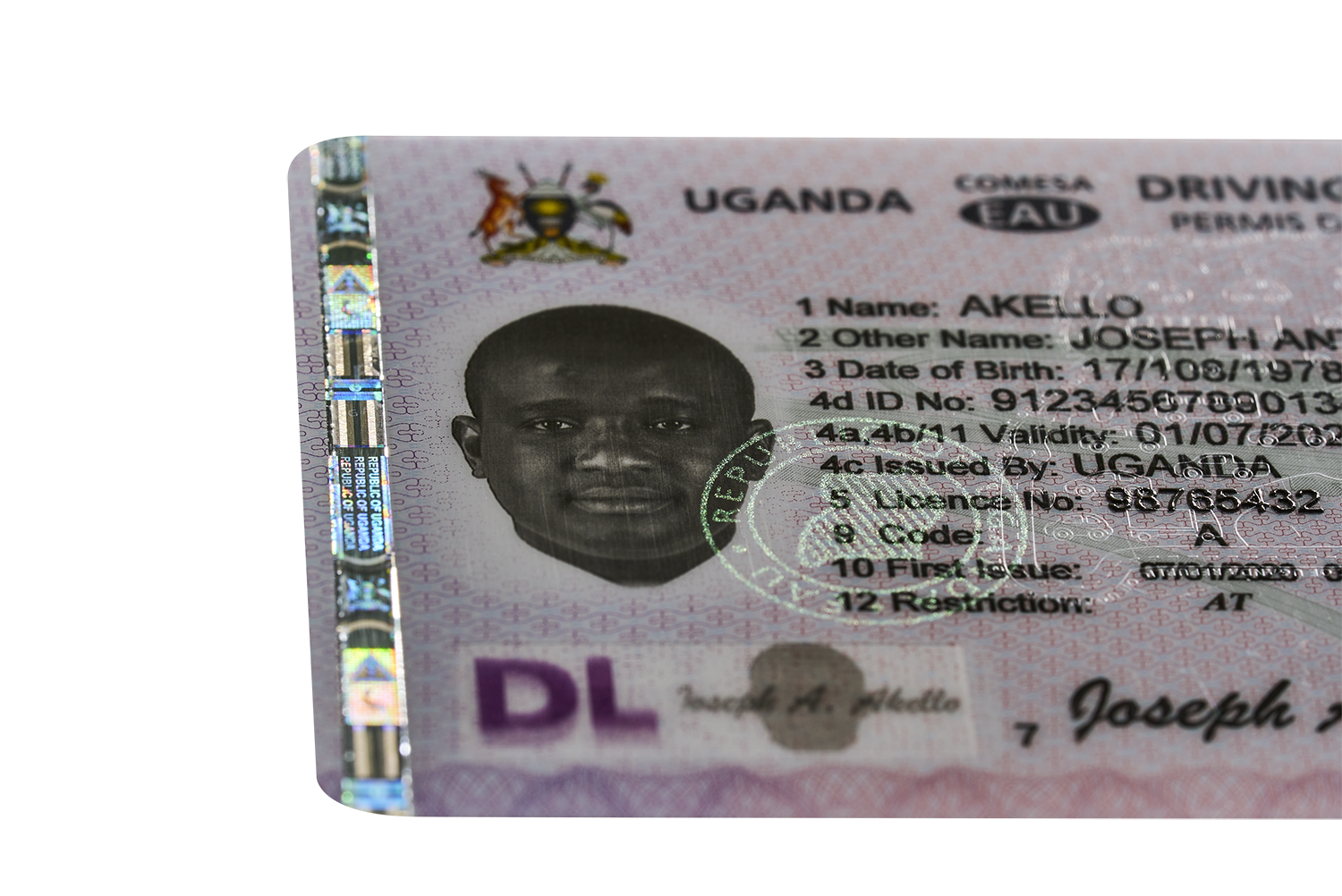 Questions? Get in touch with us to learn more.